The last time I posted here I had some pretty crappy news to share. I haven’t posted since then because there hasn’t been anything going on.

Finally, something is going on. I’ve gotten started with the FET process for a third time. First, a few funnies:

Second, basically things are going to be the same as they’ve been every other time: injections followed by estrogen, increasing until my uterus is ready for a burrowing embryo, then adding butt injections and the transfer. We’ve decided, and our doctor agrees, that we will transfer the three remaining embryos we have. It makes the most sense, as we’ve had three transfers of two embryos, and none of them have resulted in a take-home baby.

I’m going to do things a bit differently on my side this time around. I’m going to reduce my sugar and carb intake, which affect PCOS. I’m also planning to try “mindfulness” exercises every day, which is kinda like meditation. I’m also gonna try some old wives tale things.

This is our last chance with this first set of embryos. We are very lucky that we had so many make it to freeze and thaw, but they have to run out at some time. That should be at the end of July.

I’ve decided this time around I’d like to listen to music during the transfer (they don’t play any at the office). I’ve started compiling a playlist of songs that speak to me about this whole trek. Some of the selections so far include:

I’ll be listening to the playlist throughout the next month or so, and probably after the transfer during the wait to find out if it is successful.

I had a proud-of-myself experience today. I normally go to great lengths to avoid seeing/holding babies, especially cute ones. It is emotionally hard for me to see them. It brings up feeling such as anger, bitterness, jealousy and sadness. Today, I took food for our friends who recently had a baby (I also did so a week and a half ago, but only stayed long enough to drop it off, and didn’t ask/wasn’t offered the baby). When I got there, he needed a diaper change, and I told them that I’d be willing to hold him after said diaper change. They then didn’t get him back for over an hour, because I did not want to let him go. He is such a cutie and was only fussy a few times until I moved to change his view. I was reflecting on the afternoon when I got home, and I realized that I didn’t feel any of the negative emotions I usually do. We chatted a bit about her experiences and not once did I feel even the tiniest hint of upset. I even got to give him some cheek kisses before I left and it melted my heart. 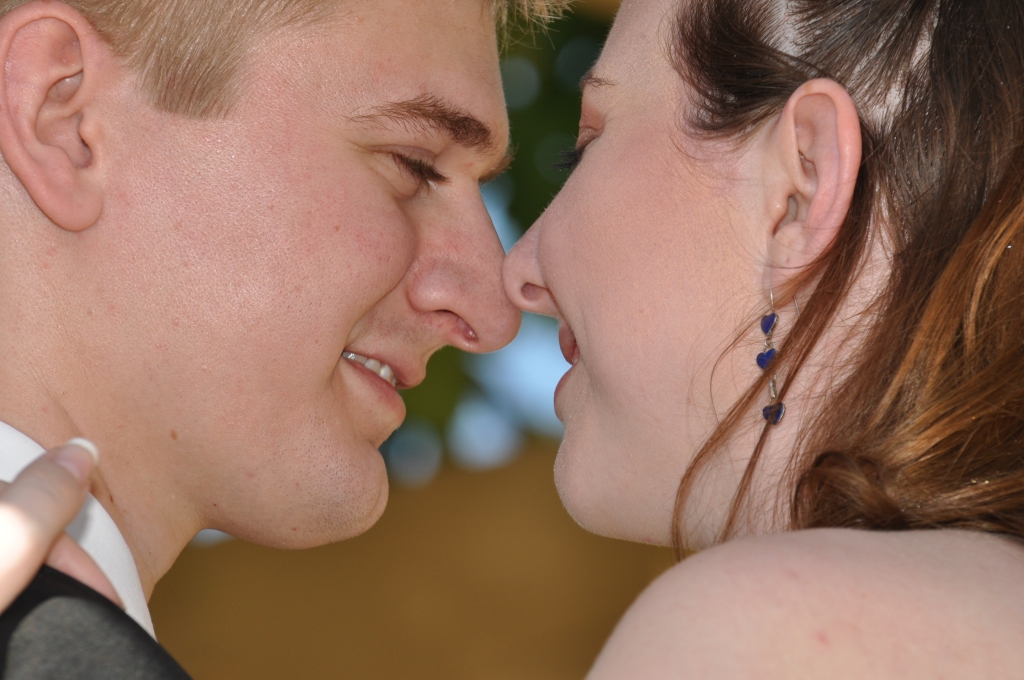 You should know,
Everywhere I go
Always on my mind,
In my heart
In my soul
You’re the meaning in my life
You’re the inspiration
You bring feeling to my life
You’re the inspiration
Wanna have you near me
I wanna have you hear me sayin’
No one needs you more than I need you
And I know, yes I know that it’s plain to see
We’re so in love when we’re together
Now I know that I need you here with me
From tonight until the end of time”
These lyrics from our first dance song, You’re the Inspiration by Chicago, perfectly capture our relationship.
6 years ago we said an “I do” and a “you bet” and started our married life together.
A quick recap of the beginning of our relationship: we met online and went on a first date about 2 weeks later. 5 weeks and 6 days after that first date David asked me to marry him. I said yes. Exactly 6 months after that we exchanged our vows.
It is hard to believe that we’ve been together just 6 short years. To me, it feels both like a long time and a very short time. This is both of our longest lasting relationship, but I know we still have decades together. Someday I hope to celebrate 50 years together. I don’t think that will be enough time, but then again I don’t think any amount of time would be enough. I know that, no matter what happens, if it’s just the two of us forever, if we have biological kids, foster kids or adopted kids, we’ll have a wonderful life.
Two fun little tidbits:
1. The inspiration for the name of this blog came from David’s vows to me.
2. My favorite part of our wedding day was getting to walk down the aisle to a song written just for me by David. He doesn’t often (read: never) share his music, so having him write a song for me that our friends and family would hear, but that I most of all would hear, was the most wonderful gift he gave me. I like to think of it as my own personal theme song, and every time David calls me I get to hear it and remember how much he loves me.
Loading Comments...